"The Stressful Adventures of Boxhead and Roundhead" Animation Feature

I have the tremendous honor of voicing one of the two title characters for the new animated feature "The Stressful Adventures of Boxhead and Roundhead". 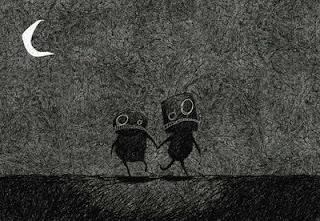 With partial funding coming all the way from Romania, the film is being written, directed, and animated by Boxhead & Roundhead creator, Elliot Cowan, co-produced by Scenery Hill Entertainment (David Ginsberg) and Artis Film in Romania (Cornelia Paloş), and managed in NYC by Ace & Son Moving Picture Company.

Many of you will have seen Cowan's work scooping up awards at film festivals, but for those of you who have not, here is "Brothers in Arms," one of the shorts that inspired the feature...


You can read the Film New Europe interview with Elliot about the film here and keep up with the production by clicking "like" on The Stressful Adventures of Boxhead Roundhead Facebook Page.

The target release date is October of 2013.
Labels: Voiceover